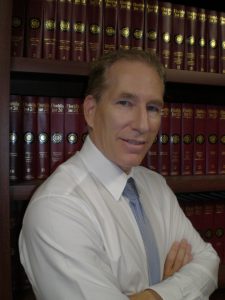 Family law cases are intricate situations that need a respected family lawyer to effectively organize the details of divorce and gather a settlement in your favor.

Whether you’re forming a new business or disputing a contract, you need an experienced attorney to guide you through the necessary litigation.

Petit Theft & Grand Theft: A theft occurs when one illegally takes possession of another’s property, assets or valuables without that person’s freely-given consent. Depending upon the actual value of that which was taken and  other circumstances, and the type of crime which was committed a theft may be charged as a PetitTheft (under $750 in value), or Grand Theft (over $750 in value), which are respectively a misdemeanor crime, and a felony crime. Theft does not require the accused to enter a structure in order to commit the crime.

Burglary: A crime of burglary occurs when an individual unlawfully enters into, or remains in, any structure with the intent to commit a crime. The crime committed in the structure does not have to be carried out, as long as intent can be proved.

We Are Here To Represent You!

Navigating through business law and litigation can be tricky, so trust Attorney Philip Steinberg to guide you through the process, from start to finish. With 42 years of proven trial experience, Philip Steinberg is your go-to attorney in Lee county and surrounding areas. Trust his years as a former prosecutor to help strengthen your case.

You can find out more about which cookies we are using or switch them off in settings.

This website uses cookies so that we can provide you with the best user experience possible. Cookie information is stored in your browser and performs functions such as recognising you when you return to our website and helping our team to understand which sections of the website you find most interesting and useful.

Strictly Necessary Cookie should be enabled at all times so that we can save your preferences for cookie settings.

If you disable this cookie, we will not be able to save your preferences. This means that every time you visit this website you will need to enable or disable cookies again.